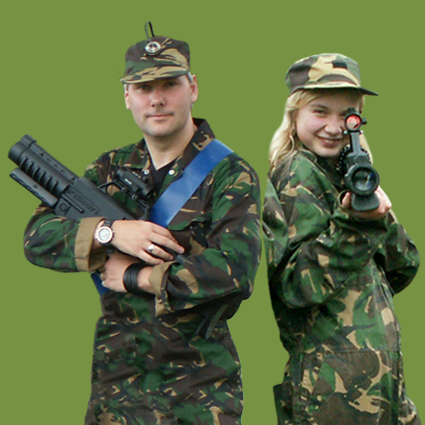 At the Covert Combat Outdoor Lazertag Site in Scorrier, near Redruth/Camborne, Cornwall (UK), almost all missions are objective-based. This means that there is a purpose to each mission, other than merely shooting everybody you come across!

Missions are generally team-focused, that is to say players are encouraged to work as part of a team, and missions are often weighted to reward teamwork.

Missions are carried out on varied terrain including field and woodland (sometimes across both), ensuring that each mission provides an exciting new challenge.

We have LOADS of missions for people to try out; plenty to give even regular players a reason to come backs!

We don’t publish details of all of our missions here, but some of our favourites include:

Alpha vs Bravo
A nice simple game to start off, great for developing basic hiding/aiming skills. Unlimited lives for all players, but the team that dies the most loses.  Simples!

Recover The Nuclear Material
Renegade soldiers have stolen material capable of being developed into nuclear weapons. The renegade soldiers must protect it, whilst the Special Forces must try to recover it and get it back to a designated safe point. Who will win?

There’s a sniper on the loose, with a silenced weapon… can the trackers hunt the sniper down and kill him before it’s too late?

Heist
Renegade soldiers have carried out a daring bank robbery. Special Forces have been sent in to retrieve the stolen booty. Which team will end up with the most gold and silver?

Escort the VIP
Enemy snipers are in waiting, hoping to get a lucky shot on a visiting VIP. Can the special forces safely escort the VIP to the extraction point?

Hostage Takers
Rebels have kidnapped an important dignitary.  But with a team of Special Forces out to rescue him, how long can they keep the hostage for?

Aliens
The aliens have landed… and they are coming to get YOU! Can you eliminate THEM before they assimilate YOU?

Zone Control
Only one team can have control of the scoring zone. So, who will it be, YOU or THEM? There’s only one way to find out…

Last Man Standing
The classic “all against all” game… with a unique Covert Combat “twist”!  Can YOU become the “last man standing”?

Top Secret
A Special Forces intelligence agent has gone missing in the middle of a reconnaissance mission, presumed killed by rebel soldiers. Last communications with him suggested that he had left important information in a specific quadrant of jungle.  Can the Special Forces find and recover the secret information before the rebel forces?

Have YOU played all of these missions (and more) with us yet?

(N.B. We welcome requests for particular games from our customers, but our ultimate concern is always for our customers’ enjoyment and safety.  To that end, the Marshals in charge on the day will decide whether a particular mission is suitable for the group, depending upon the group’s fitness levels, experience, age, maturity, etc). 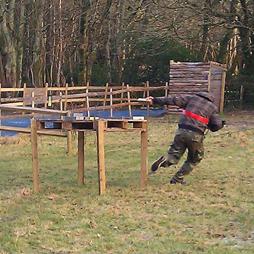 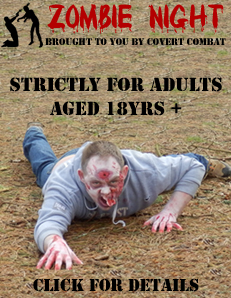